If there is a vote on the strangest games, we certainly cannot ignore Dumb Ways to Die 2. It is ingenious that the producer, PlaySide Studios was able to create this exciting game. Right from part 1, Dumb Ways to Die 2 made the gaming community wobble by surprise. At first, the name can make us feel as creepy as a horror game. But no, this game has its unique way of conveying its message. Despite the deadly name, Dumb Ways to Die 2 is not as scary as the bloody zombie games. Instead, try playing it to discover why the game has such a strange name.

No one downloads an entertaining game and looks for deaths in it, right? When you first hear the name Dumb Ways to Die 2, you will probably find this to be the dumbest and craziest game. But no, it’s just your imagination. In Dumb Ways to Die 2, you need to control the character to avoid ways to end yourself. More precisely, do everything you can to save your characters’ lives. They are incredibly innocent beings before the big world. Sometimes, the danger is near, and death is right in front of them that they don’t know how to avoid. That is the reason for your appearance, the hero who saves lives.

In Dumb Ways to Die 2, you will be given three lives each time you play. In other words, your characters can only bleed up to 3 times. If they fall to a stupid death for the 4th time, the game is over, and you have to start over. Then, of course, there will be various challenges for each level. Challenges can end you in a variety of ways. Because stupid death often happens when the character is in a super silly situation. For example, the character is tied by four chains in the style of four horses. If you rotate the wrong axis, the chain can take the character’s life.

Situations in Dumb Ways to Die 2 seem ironic and silly. But in reality, sometimes it happens the same or almost the same. Therefore, trying your hand at Dumb Ways to Die 2 is also a unique way of learning life skills everyone can try. Before each challenge, the screen shows prominent safety warnings. For example, when the character stands in front of the tracks: “Stay away from the tracks. Hold them back.” Thus, the player knows that the train tracks are hazardous, and we must create a safe distance. Although the manufacturer has minimized the gore images, they should only be played by children over seven years old.

Many destinations to choose from

The producer PlaySide Studios also designed a challenge map in Dump Ways to Die 2. A series of “troubles” that you need to help the character overcome will be hidden in many locations. Some main centers include Dumb Dome, Drown town, Rio stadium, Adrena land, Dumbest of the Dumb, and the freezer village. That means the player must save the character in a variety of terrains. It can be an ice skating rink, a lagoon, a meadow, a stadium, etc. Each station has not one but a dozen or so life challenges for you. Use life skills and guidance to go through all the near dangers. Stupid deaths don’t deserve to happen.

With Dumb Ways to Die 2, the operation is not complex. At most challenges, you need to use your hands skillfully. Follow the instructions precisely to ensure the character keeps alive. For example, when the character surfs on a beach full of sharks with sharp teeth, at that time, you need to swipe up very high for the character to jump to avoid the bite of that ferocious animal. In other cases, tap, slide, drag or tilt the screen can be used depending on the danger. The operation is not complex, but it is essential that you do it correctly or not. For example, the train might run over him for the character to take one step forward.

Dumb Ways to Die 2 is a unique – strange – substance game. The name makes people think of the bloody horror game genre. But in fact, this is a highly educational game, especially about life skills. Your understanding will be pushed to the maximum through many silly challenges in the face of death. A sense of security will always exist to protect the character in the game. And then, it will become a habit to protect you in life. Download Dumb Ways to Die 2 mod and overcome stupid deaths. 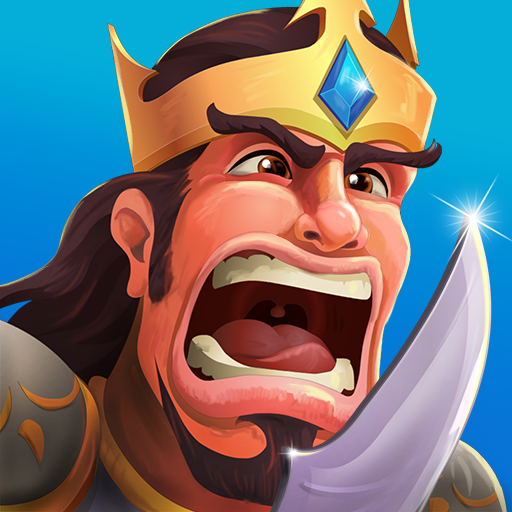